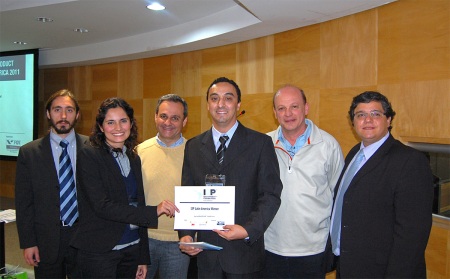 The winning team of the Idea to Product (I2P) Latin America 2011 was Bio-Fiend, from UFMG (Universidade Federal de Minas Gerais). They will represent Latin America in the global final that takes place in Stockholm, Sweden, between November 17th and 19th. Team Bio-Fiend’s product is Fragdust, a dust suppressor to prevent or reduce the action of wind in the storage and transportation of iron ore. It utilizes residual glycerine from the biodiesel production process to reduce the dispersion of iron dust in the atmosphere, which causes devastating effects to the environment and health related issues. Their innovation can replace the current system used by mining companies, mostly polymers, used to create a thin layer on the surface of iron ore. In Stockholm the team can earn up to $ 10,000 in prizes.